The city of Cannes

Cannes was a small fishing village until the 19th century. 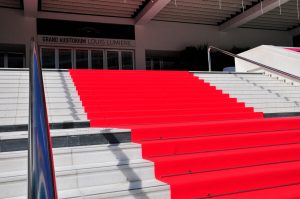 It began to grow rapidly thanks to the influence of Lord Henry Brougham, the great English Lord Chancellor who developed the seafront, building the famous Villa Eléonore Louise and promoting Cannes as a winter retreat. This attracted both English and European aristocracy and with them, high society. Spending time in Cannes became the thing to do; to take advantage of the mild climate and the restorative sea air, so beneficial to health.
Ever since, Cannes has continued to be one the most fashionable and prestigious resorts on the Cote d’Azur. Its charm is obvious: a well-maintained clean city, covered in flowers and greenery, beautiful architecture, an excellent climate—warm summers and mild winters—, access to beautiful beaches of the Mediterranean Sea for bathing.
In addition, Cannes hosts many world-class events and festivals. There is the annual Cannes Film Festival, usually held in May, which has made Cannes an important centre of the world film industry. Today the festival is popular not only among filmmakers, but also among film lovers. There is also, the Pyrotechnic Art Festival, a truly fascinating spectacle held in July and August; and then the Cannes Yachting Festival every September.
Throughout the year there are various conferences, expositions and gala concerts which take place at the ‘Palace of Festivals and Conferences’ convention centre. The MIPIM business forum, where the main players of the property investment market gather, is held in Cannes every March.
By day, walk around the old port or browse the shops in the centuries-old narrow streets of the old town, Le Suquet. Relax on golden sandy beaches by the azure bay, or perhaps take a trip to the Lérins Islands—only a fifteen-minute boat ride from the city. You could also take a day trip inland, to Provence, to visit chateaux which produce vintage wines.
At night, dine in one of the many gourmet restaurants and enjoy Cannes’ exciting nightlife in the array of bars and nightclubs to suit all ages and tastes.
Cannes has a special charm in the off-season too, which is why many stars chose to winter here. Walk along the sea and breathe in the fresh air as you enjoy the sound of the surf and feel the sun caress your face.
Come and experience Cannes and let it captivate you, no matter the time of year!